The Waiting Game Blog Tour and Give away! 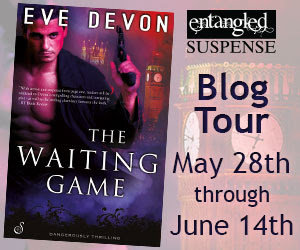 Book Blurb: Five years ago a madman stalked her. Kidnapped her. Tattooed her.
When security expert Cameron Dexter—the man Brooke Bennett once loved—appears unexpectedly at her door with terrifying news, the former musician discovers she can no longer hide from her past. After five years, her vicious kidnapper is out of prison and on the hunt—for Brooke.
Now he’s returned to complete his art.
Cam failed to protect Brooke once before. Now he’d rather die than let her be captured. With her life at stake, Cam vows to keep her hidden and safe. Brooke, however, is done with running. Unlike Cam, she wants to stand and fight. Emotions both old and new roil between them, but addressing their heated past must wait. Together they set a trap in London to catch a killer. But they soon discover the enemy wears many faces...
And waiting is no longer an option.

Review: 5 years ago Brooke lived the carefree life of a musician in the band Nocturne with her friend Megan. She also fell hard for her security guy, Cameron Dexter. It took him a while to return those feelings because she was "just a job", but her endless flirting finally convinced him, and then everything went wrong. Cameron let his guard down and then Brooke was kidnapped and tortured by Andre Spinks. Afterwards Brooke flees London and her whole life, including Cameron, and Cam never forgives himself.

Now, Brooke has made a new life for herself in France and thinks that there are only 2 people who have a clue where she is. Until Cam shows up on her doorstep and tells her she has to pack right away and leave with him because Spinks is out and she's in danger, and he refuses to fail her again. Together they go on the run from the terror of the past and not very successfully try to fight the attraction and feelings they had for each other and face what may come of the future. 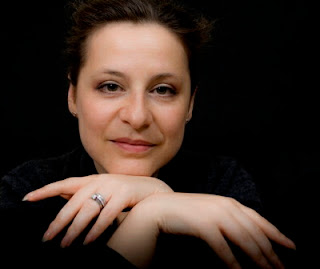 Eve Devon writes sexy heroes, sassy heroines & happy ever afters...
Growing up in locations like Botswana and Venezuela gave Eve Devon a taste for adventure; her love for romances began when her mother shoved one into her hands in a desperate attempt to keep her quiet during TV coverage of the Wimbledon tennis finals!
When Eve wasn't consuming books by the bucket load, she could be found pretending to be a damsel in distress or running around solving mysteries and writing down her adventures. As a teenager, Eve wrote countless episodes of TV detective dramas so the hero and heroine would end up together every week. As an adult, still hooked on romance and mysteries, she worked in a library to conveniently continue consuming books by the bucket load, until realizing she was destined to write contemporary romance and romantic suspense herself. 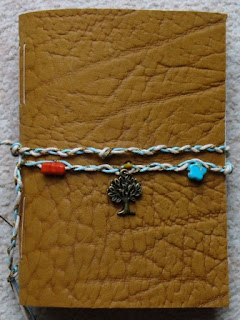