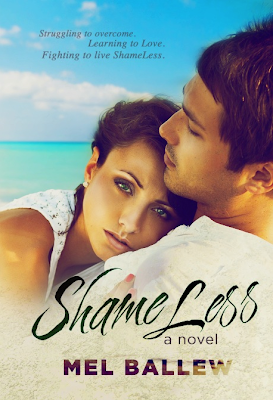 "If all you can do is crawl, start crawling. Soon, you’ll be able to stand."

S’renaty James lives a privileged life most her age only dream of living. She is beautiful and popular with her entire life ahead of her. Life could not get any better.

Until her entire life shifts, crashing around her...

Bound by devastation, persecuted by the ones she used to call ‘friends’, haunted by disturbing nightmares, and filled with self-blame, she vows to overcome.

Stefan is everything S’renaty swears to avoid. He is carefree and charismatic. He is primitive, complicated and a total badass. He makes her melt like fine chocolate under a hot summer’s sun the first time their eyes meet. There is something about him, and she makes it her mission to find out.

When he meets S’renaty James, he is not prepared for what comes over him because for the first time ever, a girl leaves him breathless. Now, his primary responsibility is to keep her safe.
He will do anything to protect her. Even lie...

Stefan is the one person she has trusted with her heart. After keeping an unforgivable secret, he could be the one to shatter it to pieces. In fact, he may even destroy her beyond repair. Will she overcome and forgive, letting go of the pain, guilt and shame? Or this time, will she be stronger than the hardest lesson of her life — and, become totally ShameLess?

Excerpt: Not far in the distance, I see him. His back is to me, but he looks somewhat familiar. His head rests in his palms, and he is on bended knee. What do I do now? I can’t just walk over there and intrude. I don’t want to interrupt his moment with his loved one. Oh my god, he is standing. Do not turn around. Do. Not. Turn. Around.

Quickly, I hide myself behind the thick trunk of a nearby oak. Holy shitballs! Just great! Luckily, I think I ducked out of sight in time, so he wasn’t able to see me prying or spying on him. Whew! Thank the sweet Lord and all of his Angels above. Angels…

Immediately I am taken back to the verse engraved on my friend’s headstone. Thanks for having my back again, Elle.

Seconds pass. I glimpse around the oak to sneak a peek while my heart slows down. I see him. He is sitting now. His head is hanging, and he is running a hand through his dark wavy strands. He appears agitated. Maybe he did see me? Nah, I honestly don’t think he did.

Now, I can’t take my eyes off of him. He looks like a Greek god, especially how, on bended knee he looks like a statue, and the sunlight shadows his face. I’m more intrigued. I can only see his back, but his broad shoulders expand against his cotton T-shirt. It is snug as the sleeves hug his bicep muscles. Damn! He was so incredibly arrogant at the Dr.’s office. Now, he seems fragile, nearly lost. I just want to head over there and hug him tight, letting him know he will be all right. Then again, who am I kidding? I am just now making my first visit to see my best friend after two full years. Maybe his loss has been hard on him, too. This makes me feel even sadder for him. Strangely and ironically, I feel closer to him, despite how he acted earlier. At that time, I wouldn’t have cared if I had ever seen him again. Now, my heart is breaking for him.

Okay. I am actually starting to freak myself out. I am standing in a cemetery, scrutinizing some hot guy, probing into his business, and acting as if I give a crap after how he treated me earlier. The fact is that I do give a crap. Why? I have absolutely no freaking clue. I shouldn’t care one iota. Yet, here I stand, peeping out behind the protection of an aged oak, watching and stalking him. Yes! I am officially a creeper.

“Oh Elle, wouldn’t you just razz my shit over this?” If only you were listening. If only you could.

I steal one last gander at my newfound ‘mystery man’, taking in the hot Greek god in his entirety, then take off in the direction of my car.

Sound good? Add it to your Goodreads! Here

Mel Ballew resides in rural Pennsylvania with her husband and daughter, along with their two adorable cats.
An avid reader, she has always had an equal passion for writing and has written her entire life, to date. Her mother initially birthed, inspired, and encouraged these loves. The two often discussed writing together but unfortunately, that dream never came to fruition.
Years later, this happened, that happened—life happened.
She stepped away from writing to place more focus on being wife and a full-time mom. Today, she would not have changed a thing. The day her daughter was born became the first day she realized a significant rhythm to her heart was also born. Her daughter, now preparing to go off to college, has grown into a beautiful and responsible young adult.
A twisted turn of events in September 2009 left Mel unable to work outside of the home. Forced to consider other options, and while embracing a therapeutic approach of transcribing all of the challenges facing her, post-accident, she returned to journaling. Once again, the writer within her has been re-birthed—awakened from slumber.
Mel is a hopeless romantic. Blessed, she has her very own soul mate, which she calls husband, best friend, and lover.
She is a simple country gal, with a profound love of true simplicity. She is just as hopeless in her love of nature and regards many of her writing aspirations to appreciating its beauty, although every single story is birthed from her dreams. Sometimes, in life, simply enjoying a chilled glass of sangria on a warm summer’s eve or indulging in her love of chocolate and peanut butter is an expression of enjoying such simplicity. For her, these moments are truly d’vine.