Lisa Renee Jones No Inbetween (Book 4 in the Inside Out series) and Rebecca's Lost Journals Cover Reveals and Giveaway! 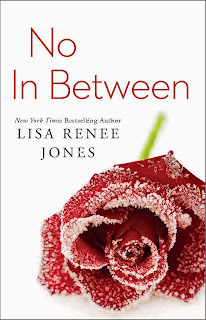 Chris and I have faced our demons and bared our souls to one another in Paris. Now that we are back home in San Francisco, I want to believe that nothing can tear us apart. Not the accusations from Ava against me that I have not yet escaped or Chris’s fear that as I run to him, not away from him, he will destroy me as he feels he did Amber. Not Mark who had once been too intimately a part of our lives and who tries to act strong but I can see him crumbling inside out. He believes he is invincible just as I want to believe Chris and I are invincible. We have to be invincible. We need each other too much for any other ending. 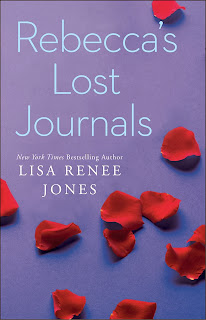 Rebecca Mason has known heartache and sorrow in her life, losing everyone she loves. She’s on her own in San Francisco, lost in every way, until she dares to make the decision to chase her dream of working in the art world. It is then that he meets a rich, seductively powerful man who will become the Master she never knew she wanted and change her life forever. He will lead her on a dark, passionate journey where pain is pleasure and pleasure is pain, and where every limit she once had is no more. In this man, she will find solace to her pain, an escape from the ache inside her. And in him, she will discover a darkness she may never escape.
Bonus Story included:
Master Undone in his POV...
I told him goodbye, and I will not call him. I know if I do, it will be my undoing, and I'll once again be caught up in his spell. I will once again be . . . lost.
In her private journals, Rebecca laid bare her soul, revealing her obsession for the one man whose erotic demands captivated her imagination--and enslaved her forever. Now, with Rebecca no longer in his life "he" is lost, questioning everything he thought he knew about himself and about control he holds in such high regard. One women will reach out to heal him and then turn away, leaving him haunted. She is nothing he thought he wanted and somehow everything he needs. He tells himself to forget her but he cannot escape his desire for her. He has to have more...

Want a chance to win a $50 giftcard? Leave us a comment below!